Still on the subject of the Okta and SSO for Jenkins – let’s configure a Role-Based Security plugin for our Jenkins. See the first part in the Jenkins: SAML Authentication with Okta SSO and users groups post.

The general idea is to have user groups defined in the Okta, and Okta has to pass a user’s group when he will log in to the Jenkins.

Then Jenkins has to assign correct permissions for this user based on its group(s).

Install the plugin itself:

Go to the Configure Global Security, switch the button to the Role-Based Strategy: 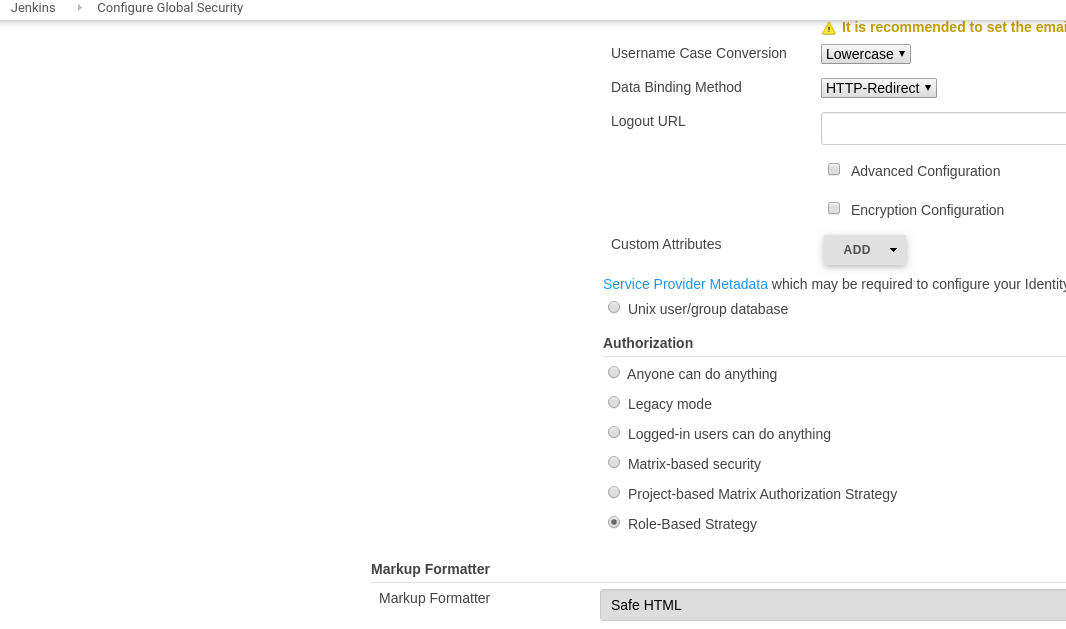 Go to the Manage and Assign Roles: 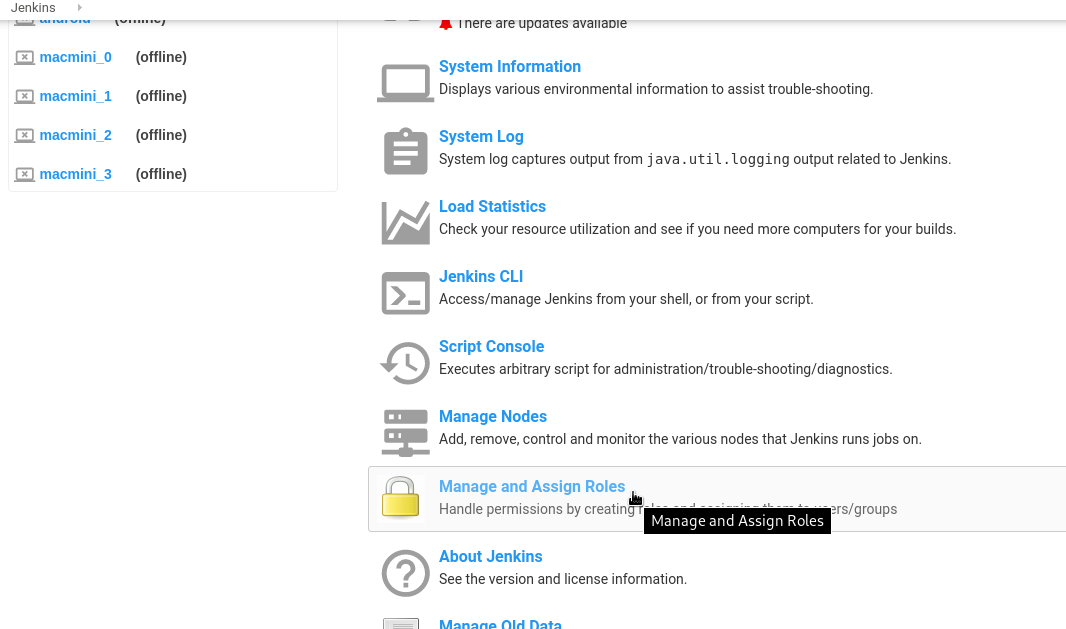 If you’ll try to log in right now – will face with the “missing the Overall/Read permission” error:

To avoid it – need to create a global role with the Overall Read permissions.

Go to the Manage Roles: 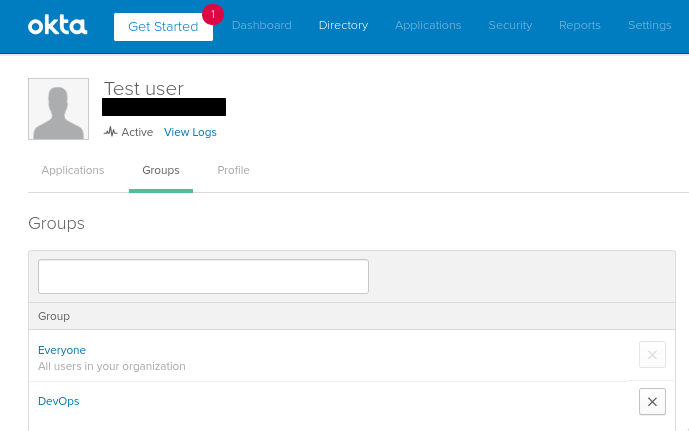 It has two groups assigned – the Everyone and the DevOps.

Go to the Assign Roles, add the Everyone group and assign the read_all to it: 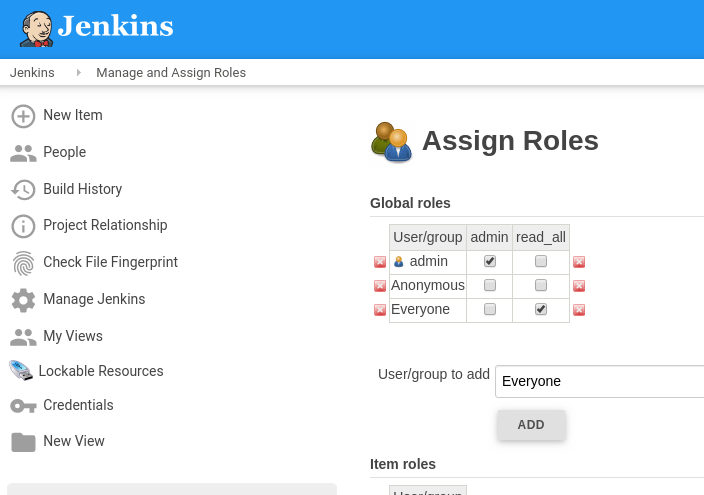 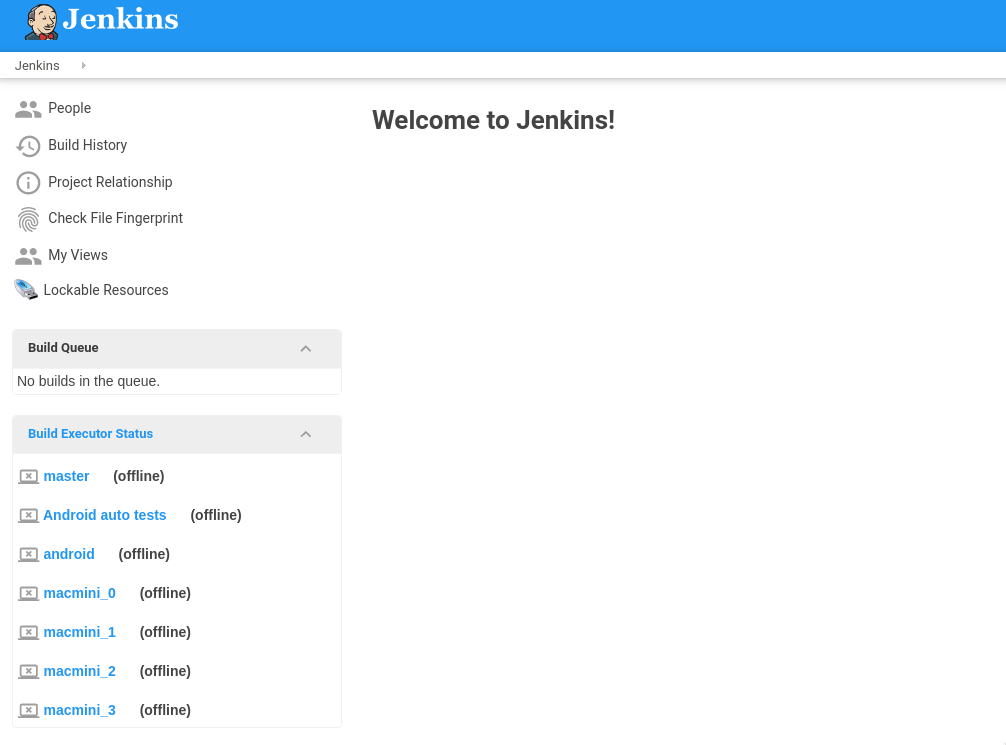 Okay – you are able to log in, but can’t see any jobs right now.

Next, need to create roles to grant access to various jobs/views.

For example, we have an Android view with jobs for our Android-developers: 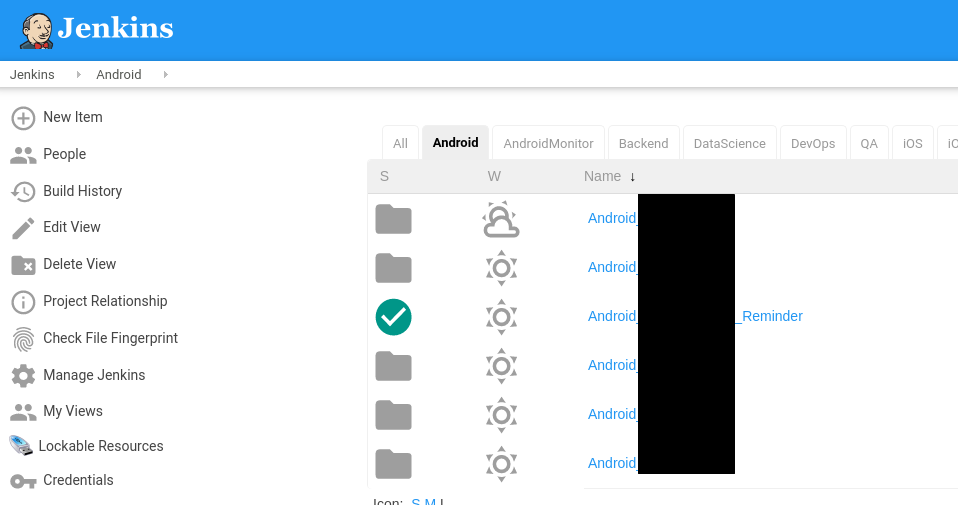 Go to the Manage Roles, add an android_developer role and in the Pattern set the (?i)android_.* value – here, with the (?i) we set to case-insensitive search and with the android_.* – will select all Android jobs:

You can click on a regex to see which jobs will match the filter you set in the Pattern: 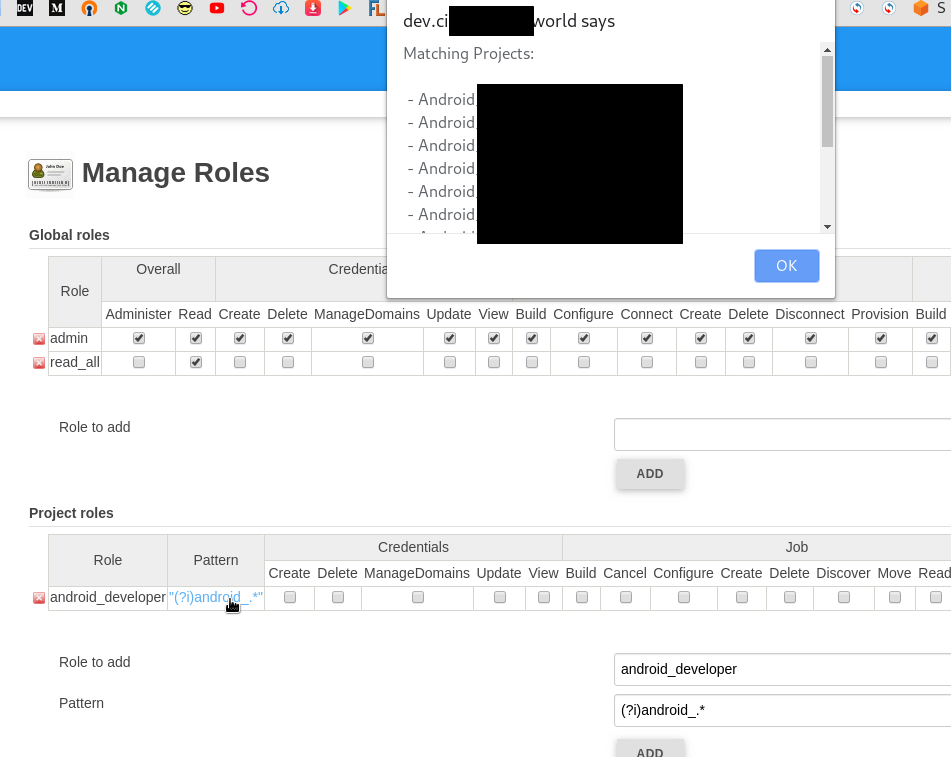 Go to the Assign Roles, attach the android_developer role to the Android group: 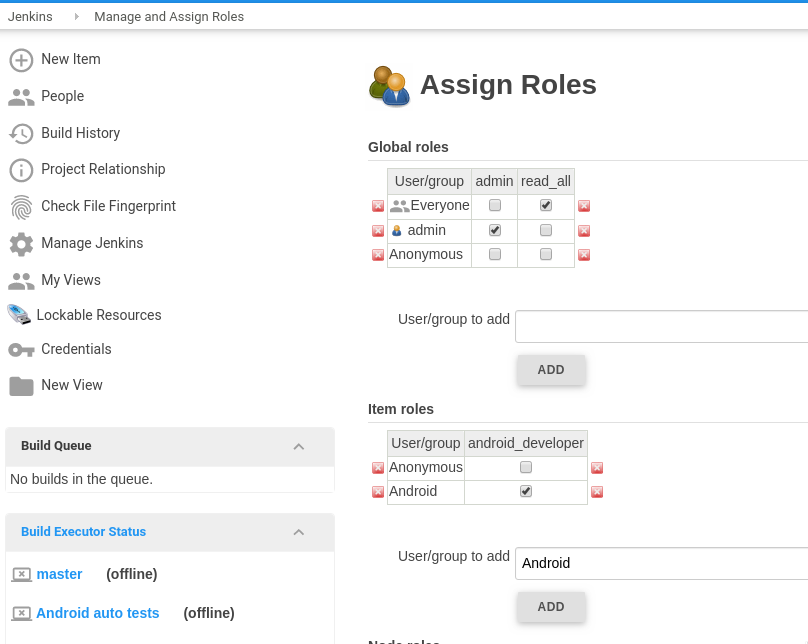 Go to the Okta, add the Android group to our test user: 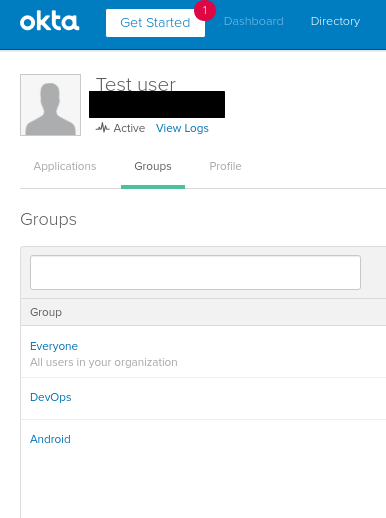 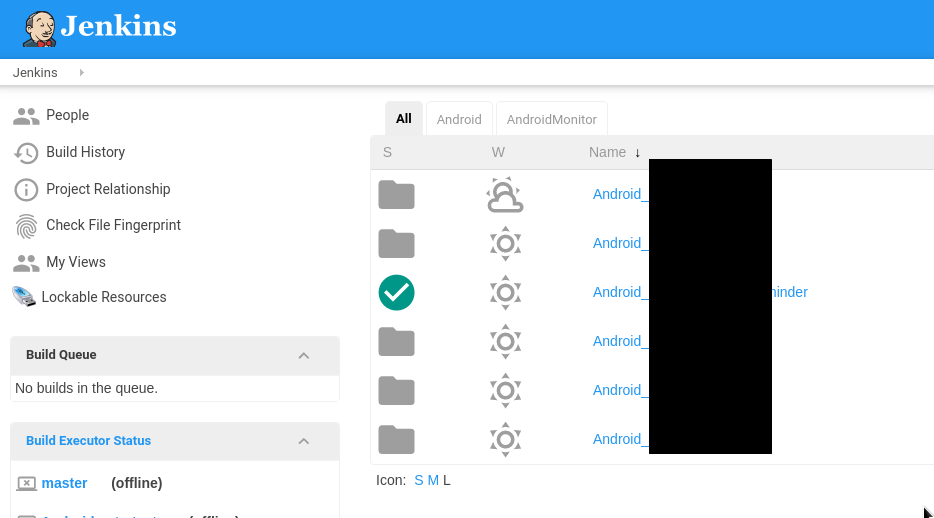 Awesome – we are able to see only Android jobs and views.

In the same way let’s create another role – ios_config, for iOS, but this time – with the Configure permissions: 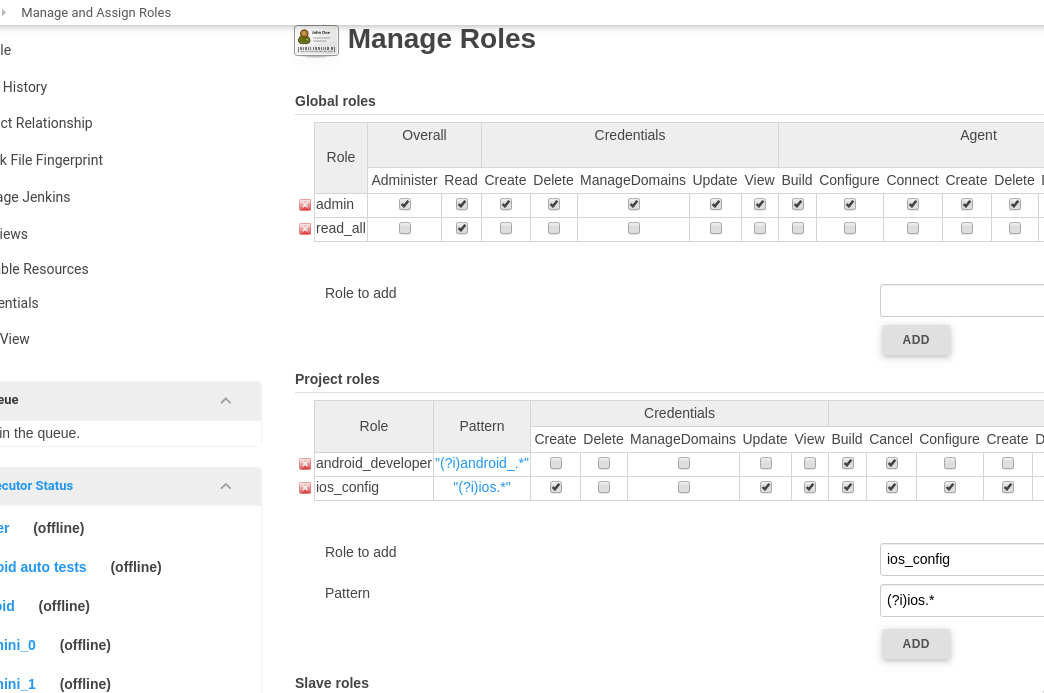 Assign this role to the iOS group: 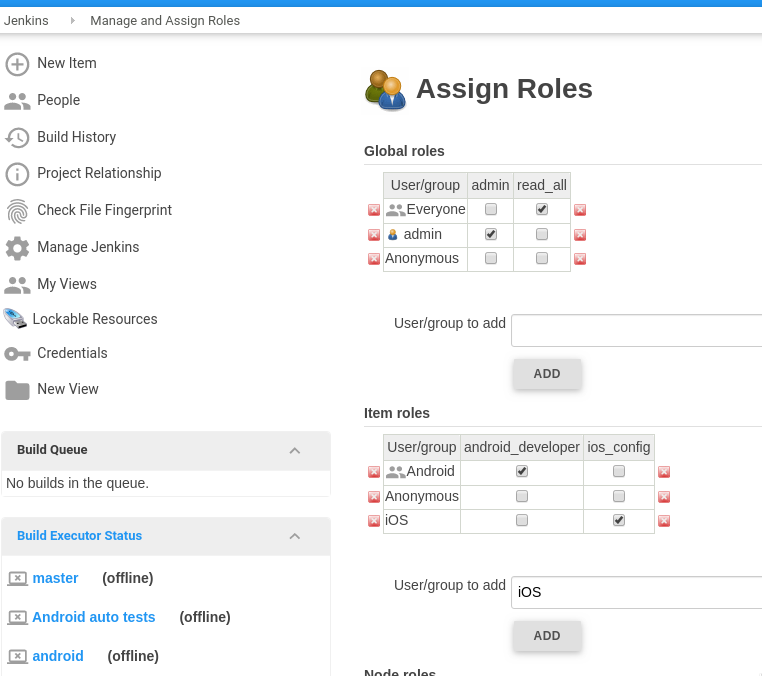 In the Okta attach the iOS group to the Test user: 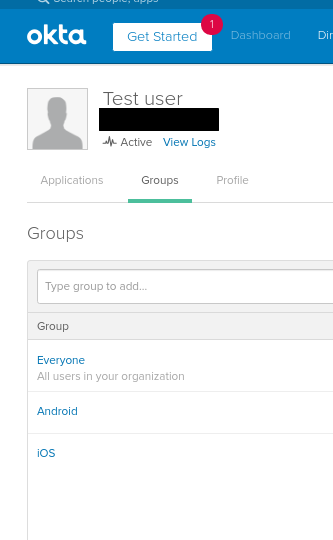 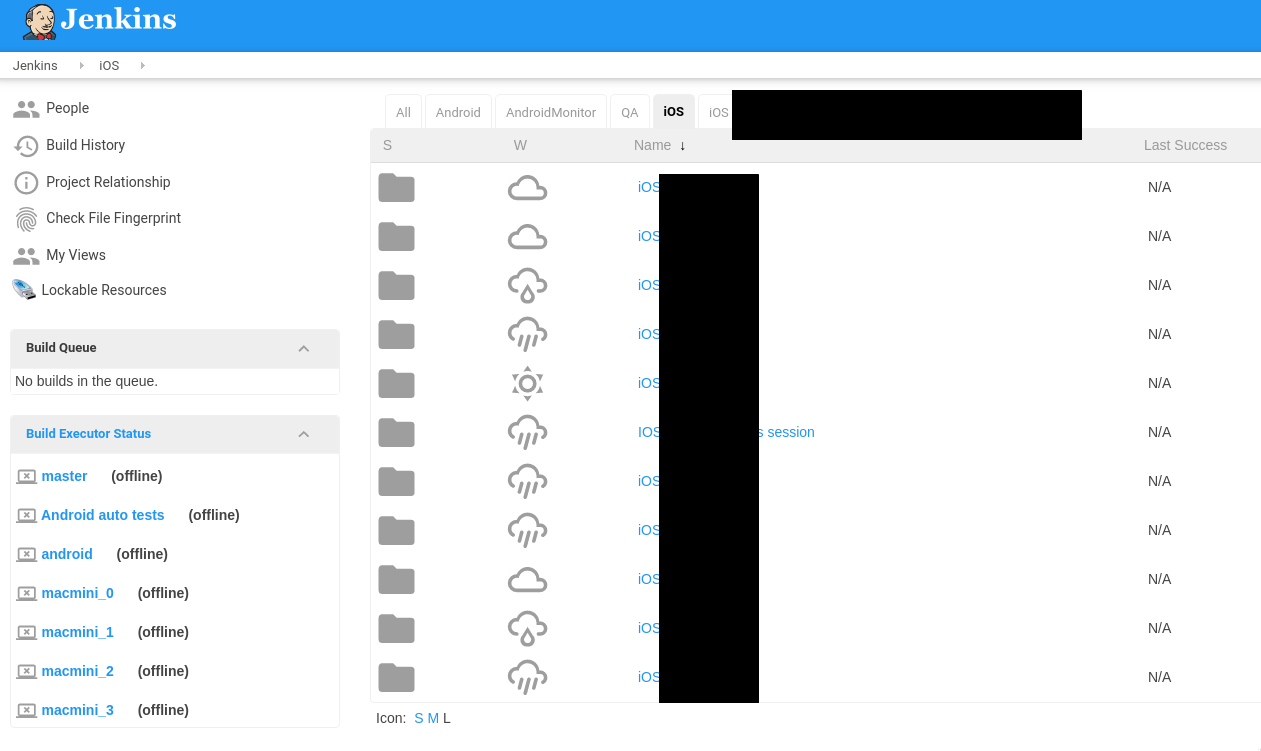 And the Configure permission is working: 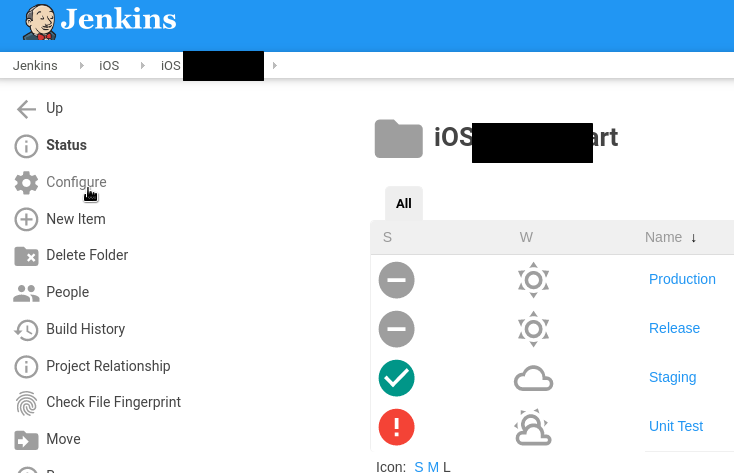 Security Realm, groups, and users which you created in the Jenkins will be saved in the config.xml file: 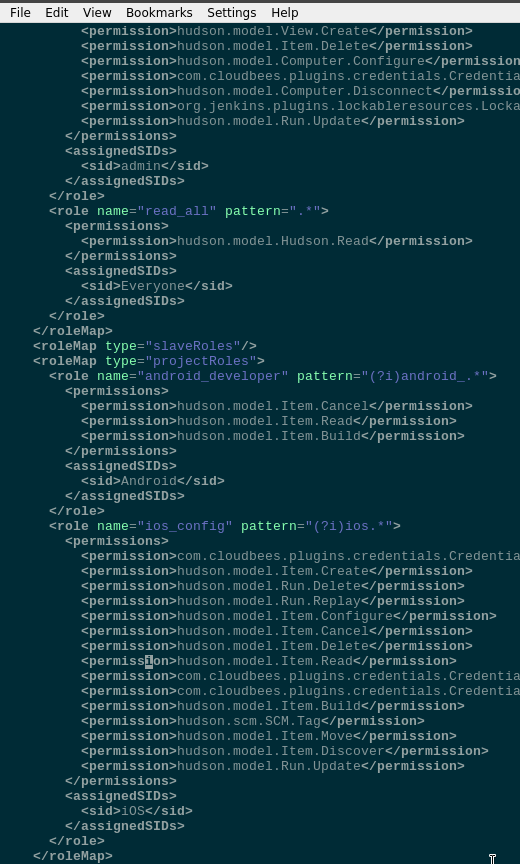 So it’s good practice to back up this file before changing any Security Real settings.