As a follow-up to the SSH: RSA keys, and ssh-agent for SSH keys and their passwords management post.

The idea now is to make simpler to work with password-protected SSH keys, to avoid the necessity to enter a password each time when you want to load a key to the ssh-agent.

One of the possible solutions is to use KeePass, which will store keys and their passwords and will decrypt keys before load them to the ssh-agent.

To achieve this – we need in three components – an ssh-client (ssh, ssh-add, git, etc), the KeePass itself with a KeeAgent plugin, and the ssh-agent which will keep unencrypted files to pass them to clients.

In the examples below the KeePassXC will be used instead of vanilla KeePass, but there is no difference in their configuration (the only difference here is that KeePassXC already has the plugin installed). 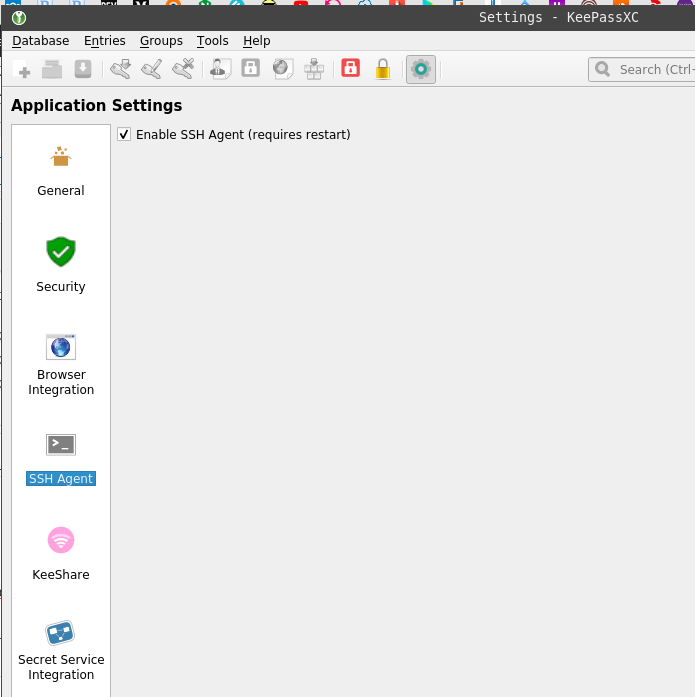 It’s OK for now as we didn’t start any agent yet. There are various ways to start it during system startup, check the Running ssh-agent with multitype terminals.

Adding an SSH key to the KeePass 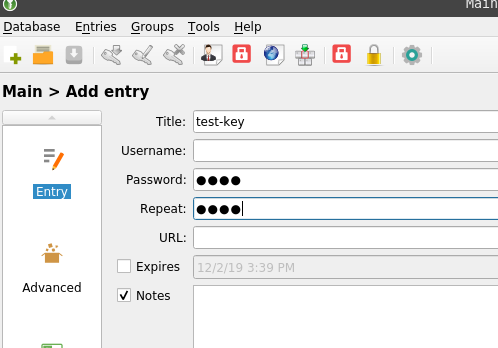 On the left side go to the SSH Agent, via External File chose the key’s file: 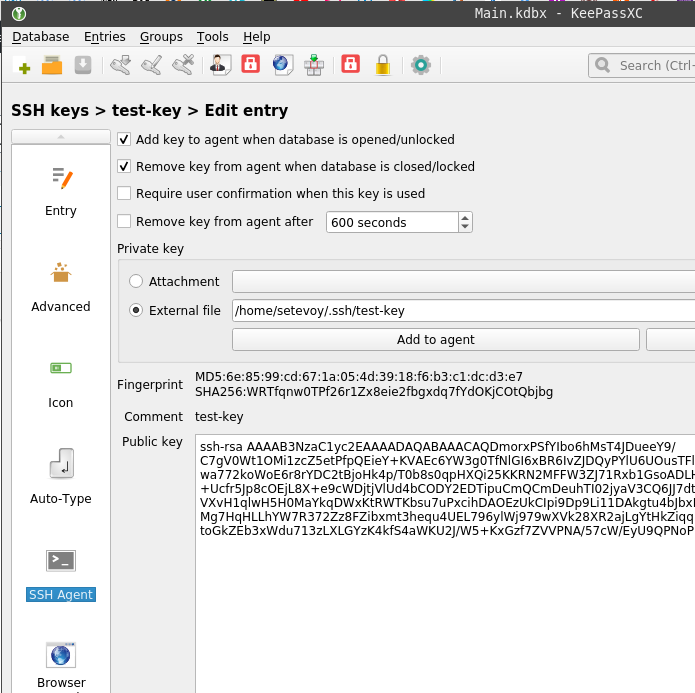 And let’s check how it will work.

From the same terminal, to use the $SSH_AUTH_SOCK variable restart KeePass:

ssh-add -l
4096 SHA256:WRTfqnw0TPf26r1Zx8eie2fbgxdq7fYdOKjCOtQbjbg This is comment for the Test Key (RSA)

If you’ll also enable the “Require user confirmation when this key is used” option in the KeePass, during login you can face the “sign_and_send_pubkey: signing failed: agent refused operation” error:

To solve it – install the ssh-askpass package: